Persian cats are considered to be one of the healthier of the cat breeds overall, and we can almost say that Persian cats really don’t get sick easily – so unless your cat displays specific symptoms or does certain things that they normally wouldn’t, there’s usually no reason to rush your cat to the vet.

But if you cat does show certain specific health issues (often things like sinus problems) you should take your cat to the vet just to get things checked out by a professional – and you should start by checking out a list of the most common health problems for your specific breed of cat.

There are many conditions that are often breed-specific, and cancers and cystic diseases can sometimes be common in Persian cats – don’t wait to take your cat to the vet if this is the case since you could still save your cat’s life if you spot these conditions early on in their life.

5. They need grooming way more than other cats

Some cats need grooming more than others, and it usually doesn’t take you long to figure out which breeds this will apply to – all you have to do is to get a cat and wait for someone who doesn’t own cats to comment on the amount of hair that sticks to your clothes, car seats or couch.

The Persian cat is known for having a very fluffy, thick coat – and this means they’ll require a proper grooming at least once every week or two, sometimes every few days during summer, which is considerably more than most cat breeds who might just prefer to groom themselves.

Ideally, your Persian should be brushed with a brush that falls somewhere in the middle between soft and hard – although some cats will naturally prefer a softer brush for their regular grooming session.

As with all of them, it depends on your individual cat’s preference and personality.

The Persian might be the second most popular domesticated cat breed in the United States, but this wasn’t always the case – and we can count ourselves lucky to still have the Persian today, since they almost went extinct.

As with many cat breeds, the breeding of Persian cats eventually ran into problems – but not because we were breeding with the Persian as you might have thought at first.

The issue originally happened when we tried to breed with the Persian and other breeds in order to strengthen other breeds with the strong Persian line – but this was done so many times that it led to near-extinction of the entire breed, and it needed the intervention of several cat breeding organizations who had to (slowly and systematically) restore some order to the genetics of the Persian cat breed.

Today, responsible breeding is encouraged – and breeding clubs are there to help.

Have you ever seen a photo of someone taking their cat for a walk and thought that must be badly Photoshopped? Well, unless the cat you’re looking at in the picture is eight feet high, that’s probably a real picture – and yes, it’s possible to put a leash on your cat and take them for a walk if you have a well-trained cat that’s used to everything that it might encounter in the great big wild outside.

If you want to do this with your cat, choose a spot that’s generally quiet – and don’t go too far away from home, no matter how many times you go for a walk. Make sure that your cat isn’t easily spooked, and try to get them to follow you around from one point to another without the leash and some treats before you attach the leash.

Persians are one of the few cats you can take for a walk!

8. They cope well in packs.

Solitary definitely doesn’t describe the Persian cat’s style, and they cope very well when you have more than one cat running around the house. They prefer to be in a pack, even if it’s a family of people – and they’ll usually attach themselves to a specific member of the family that they will stick close to.

Remember that all cats are initially scared of one another, and new cats are always best introduced to the rest of the family slowly or you just might have a fur-tornado.

9. They’re also known by many other names.

Just because your cat isn’t called a Persian, doesn’t mean it isn’t one – and there are many different names that can still refer to a Persian cat, depending on the type, the subtype and the area they’re found in. Persian cats are also most often known as Iranian cats, and that’s just because they happen to hail from the same general area – and can, of course, be found in both.

If you aren’t sure just what subtype of Persian cat you have and can’t identify your cat’s breed just by the information in this article, it can sometimes help a lot if you speak to your vet first. You can also approach your nearest cat breeding club (registered ones only, of course) if you’re struggling to find out just where your cat fits in and if you’d like to take better care of your cat – or just know something specific about their breed. 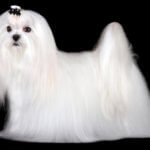 When you are thinking about getting a dog to add to your family, choosing the breed to get is not an … END_OF_DOCUMENT_TOKEN_TO_BE_REPLACED

There are more cat breeds out there than anyone would ever have thought, and knowing your cat’s … END_OF_DOCUMENT_TOKEN_TO_BE_REPLACED